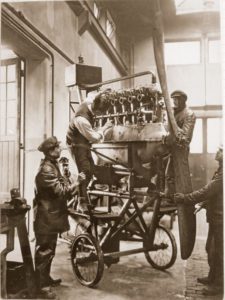 Austro-Daimler 15-l 6-cylinder with  60 hp. Last adjustments by designer Porsche, on the way to the test bench.

After discovering and acquiring an old six-cylinder Austro-Daimler series aircraft engine, Ing. Ernst Piëch, Ferdinand Porsche‘s grandson and owner of the fahr(T)raum in Mattsee, has realised a dream – a replica of the twin-strut Hansa Brandenburg C1 biplane. The C1 replica corresponds to a variant series of 40 planes manufactured at the Phönix aircraft plants in Vienna Stadlau between 4 July and 19 October 1917. The Hansa Brandenburg was used mainly as a reconnaissance aircraft, but also as a bomber. It is considered to be the Austro-Hungarian aviation troops´ most-built aircraft and was equipped with Ferdinand Porsche´s 207 hp four-valve engine. Around 1,200 of the Hansa Brandenburg C1 aircraft type were built during and after the First World War. During research, Ing. Ernst Piëch also discovered that his uncle – also named Ernst Piëch – was a pilot of a Hansa Brandenburg C1 and was shot down over Udine in 1918 during a reconnaissance flight.

The complex replica project began together with Koloman Mayrhofer´s restoration-specialist CraftLab in Pitten and the engine specialist Rolf Schmied. Not only the technical design, but also the building permit presented the team with substantial challenge. The licensing procedure was, of course, according to contemporary safety standards, not those of way back when. Nonetheless, the project is completed: in April, 2017 at the age of 88 and befittingly equipped with a flying cap, Ernst Piëch was passenger on the successful maiden flight.

History comes to life at fahr(T)raum. Our new showroom at Salzburg Airport also provides insight into the diverse Erlebniswelten. Here you will not only find historical exhibits about the Hansa Brandenburg and the Prince Heinrich race car, but a showcase with model vintage cars, a Lohner Porsche racing simulator where you yourself are the driver and a virtual tour through the exhibition. 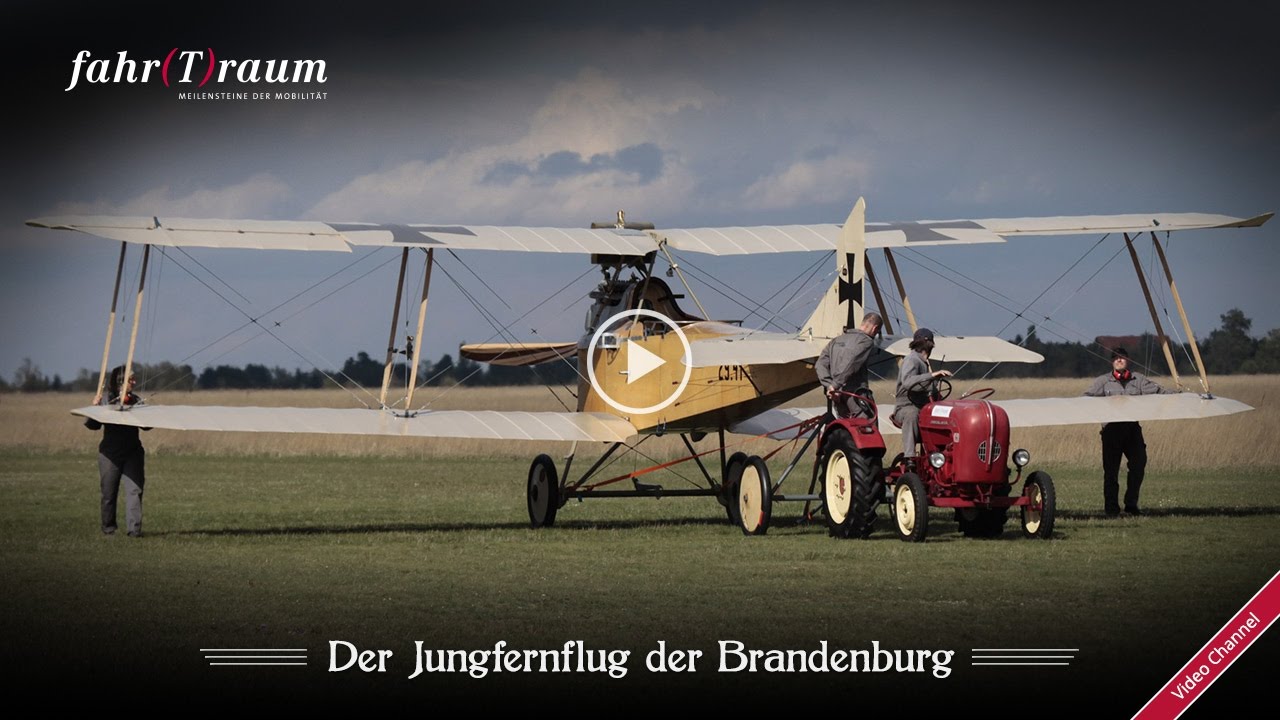 A Porsche tractor for Brazil – the P 312